Welcome to the assembly instructions for the Modular ECHO delay effect circuit (formerly known as the EKO). This circuit is designed to accept either Eurorack or Fractional Rack standard power connections. 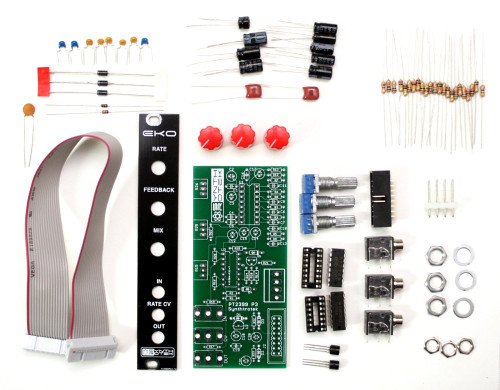 If you’ve received your parts and ready to build, the first thing you should do is to check to make sure you have all the parts. Check your kit against the Modular ECHO BOM. If you’re missing anything we’ll send it to you free of charge.

First solder all the resistors and diodes into place. Ensure that the line on the diode matches with the line on the PCB silkscreen. Resistors are not polar sensitive so you may install them in any orientation.

Now lets install the transistors and the IC socket. You need to align the flat side of the transistors to the image of the flat side on the PCB silkscreen. For the IC socket, make sure that the notch on the socket matches with the notch in the image on the PCB silkscreen. A tip for soldering the IC socket flat to the PCB, first solder two opposite corners of the socket and then make sure that you get the socket flush to the PCB. Afterwards solder the rest of the pins and touch-up the two first pins as necessary. 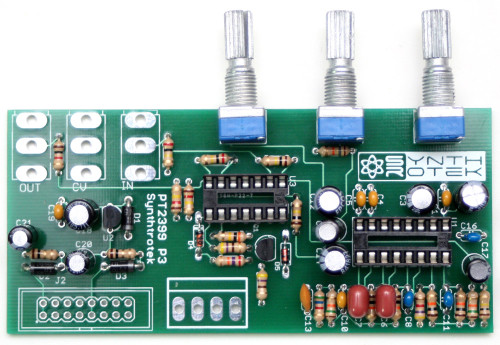 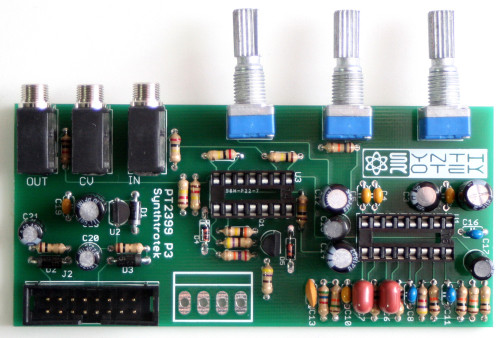 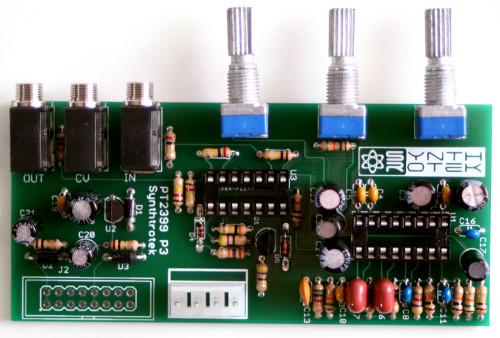 We are almost done with soldering! Get those audio jacks in and then, depending on if you ordered the EuroRack version or the Fractional Rack version you will only have the 16-pin shrouded header or the 4-pin molex. Match the connector to the image on the silkscreen, ensuring that the notch on the 16-pin header is aligned with the image of the notch on the PCB, or ensuring that the 4-pin molex connector latching mechanism is aligned with the image on the PCB. Again, you can use a similar trick as with the IC socket to make sure that the component is flush to the PCB before soldering it completely to the board. 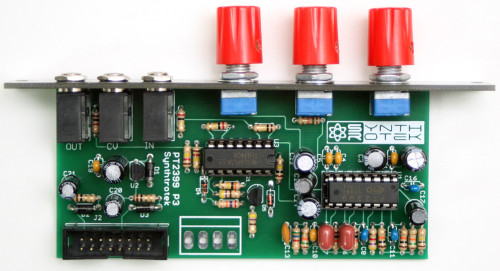 If you got the Eurorack version you will also get a Eurorack panel. Attach the panel to the circuit with the nuts provided. To avoid scratching the panel when tightening the nuts we suggest either using rubber tipped tools or simply wrapping the ends of your tool with electrical tape. 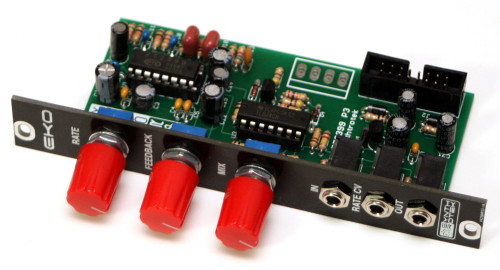 Just like you did above, set the DLY up to self-oscillate. Slowly turn the RATE knob clockwise until the delay goes as slow as possible before “getting weird.” That’s usually about 1.13 seconds of delay before the delay will start to become glitchy / erratic. You will notice the delay cutting out before the RATE knob is turned fully clockwise. This is normal!

Set all knobs to noon and take an audio source (preferably non drone based) and plug it into IN. Make sure that the audio is passing through and is being delayed.

Take a Bipolar (-5/+5V) Envelope, LFO, Offset, or Sample & Hold and plug it into the RATE CV input. You should be able to hear the speed of the delays change from fast to slow and vice versa.

By now you should be able to confirm that the ECHO is working correctly.