Thank you for purchasing the Synthrotek Power UP! – Eurorack Power Supply Kit. This is an intermediate build. If you feel like you can handle it, please proceed! If not, get some help from a friend with experience or purchase a fully completed unit.

Please build according to the BOM, and not these instructions or the pictures alone. Some components may have changed since these were written, or we may not be able to get the exact components in the pictures. 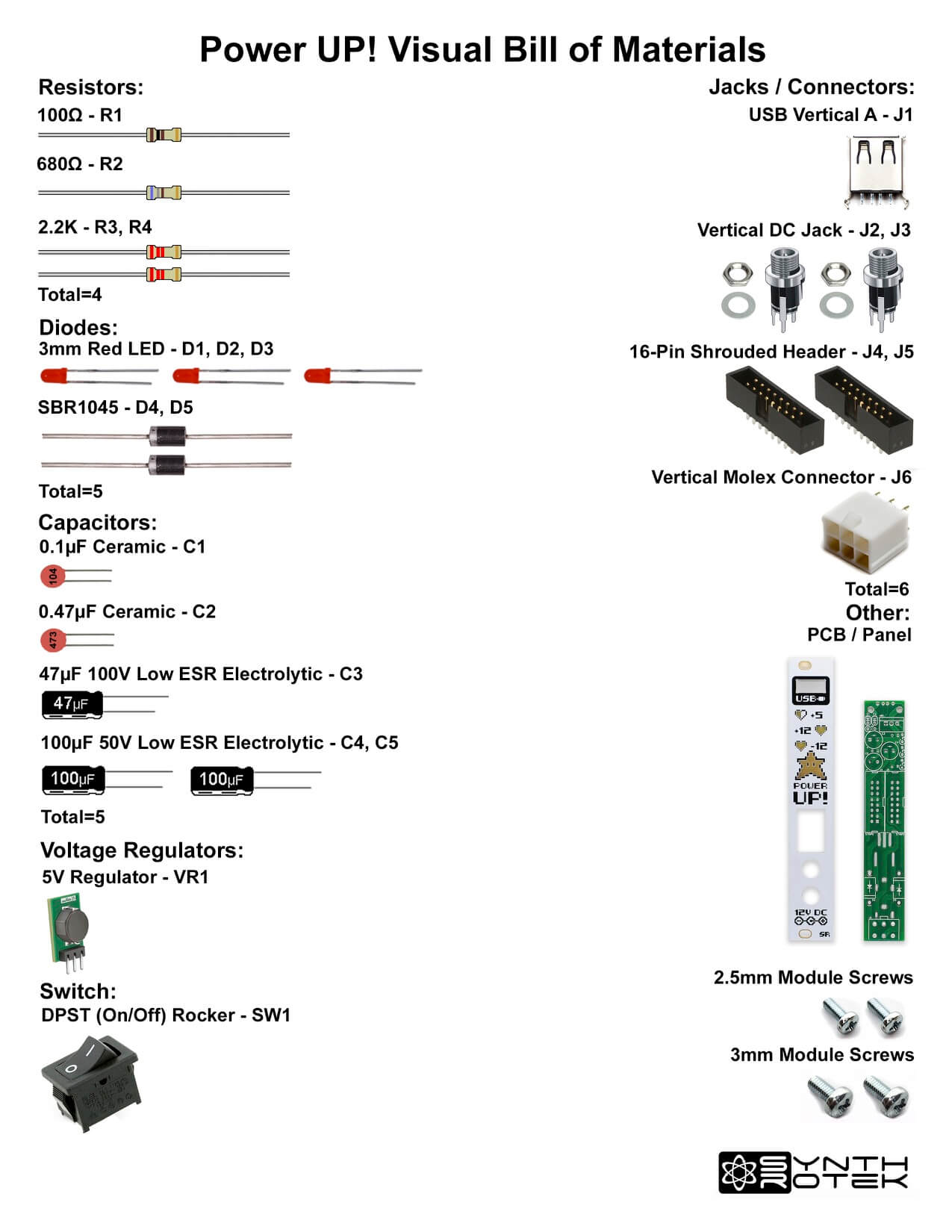 Place the two large diodes into the PCB shown below by aligning the silver polarity band on the diode with the white band on the PCB silk screen.   Turn the project over to solder and then clip excess leads.

Place the resistors into the PCB shown below by bending the resistors over first.  Resistors are not polarized, so you can place them either way.  Turn the project over to solder and then clip excess leads.

Power UP! Stand Up Resistors

Place the two ceramic cap into the PCB as shown below.  These caps are not polarized, so place them in either way.  Turn the project over to solder and then clip excess leads.

Place the three LEDs into the PCB as shown below (don’t solder yet).  These LEDs are polarized, so place them in by aligning the longer lead of the LED with the “+” on the PCB silk screen.

Place the three electrolytic caps into their respective places.  Align them by placing the longer leads near the hole that has the “+” near it.  Carefully turnover to solder in place then trim excess leads.

Place the 5V Converter into the PCB as show below by aligning the flat PCB part of the converter with the silk screen. Turn over to solder in place.

Place the two DC Jacks into the PCB through the panel (time to solder that power switch!).

Finger tighten the DC Jack nuts then turn the project over to solder the DC jacks and power switch.

Place the USB Jack through the panel  and into the project as shown below and solder the pins in place.

HERE’s to YOU!  You can now tighten those DC nuts a bit more and then test you unit!  Thank you for choosing a Synthrotek product. 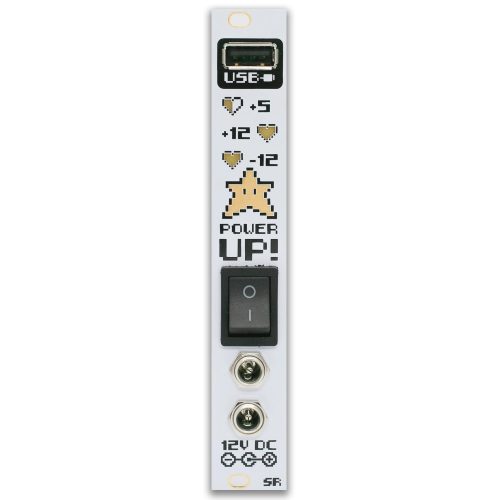