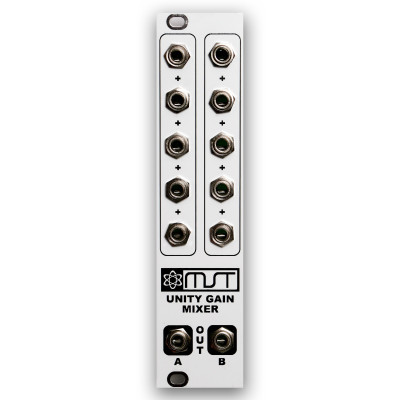 The MST Unity Gain Mixer adds input signals together and combines them for a summed output. For example, if you put in a 1V source and a 3V source, the output will be 4V. It’s mainly used for CV, but it can also be used to combine audio signals together.

A unity gain mixer is handy in several ways: