This is an older version of the PCB Mounted Rat Clone that has been discontinued. Find the new version HERE.

Welcome to the Rat Clone (PCB mount) assembly instructions. Except for the battery clip this kit does not use any wiring and everything is attached directly to the PCB, making it easy to make a very nice looking build. Lets get started!

If you’ve received your kit and are ready to build, the first step is to ensure you have all of the parts and familiarize yourself with the PCB and where the parts will be going. Check your kit against the Rat Clone (PCB mount) BOM. If you are missing anything let us know and we will ship you the part. 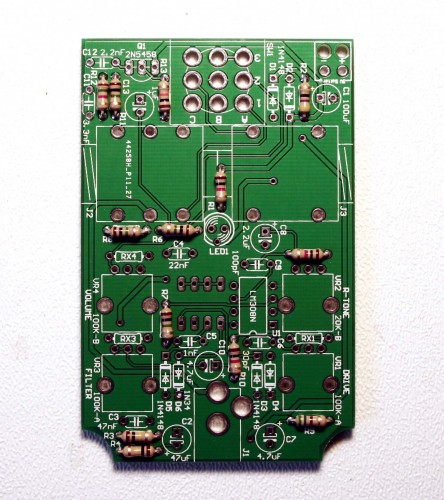 There are 12 resistors to install – resistors are not polar and may be mounted in either direction. 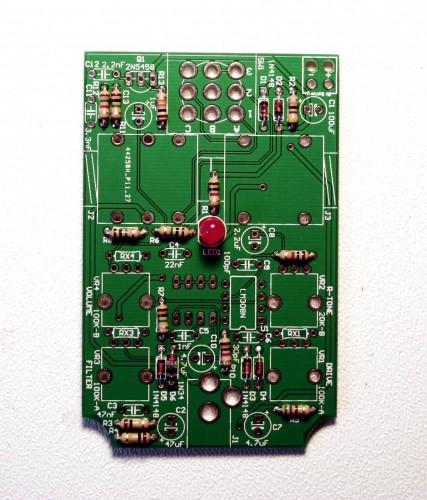 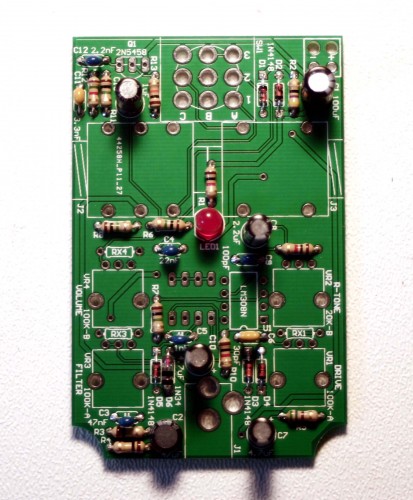 Electrolytic capacitors and diodes are polar components, and your circuit will not function with polarity reversed. 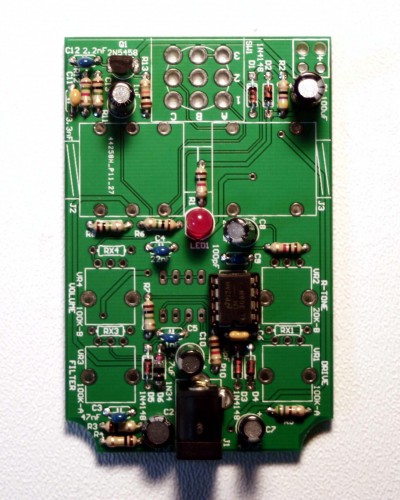 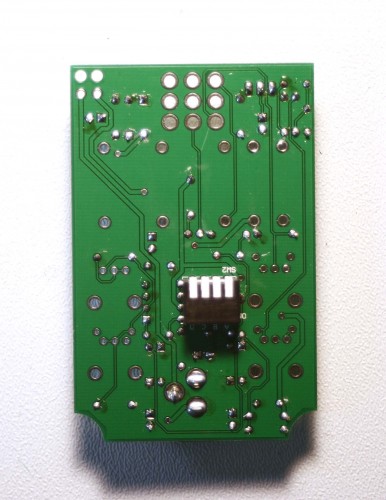 Now flip the circuit over and install the DIP switches with the switch edge aligned with the silkscreen markings. 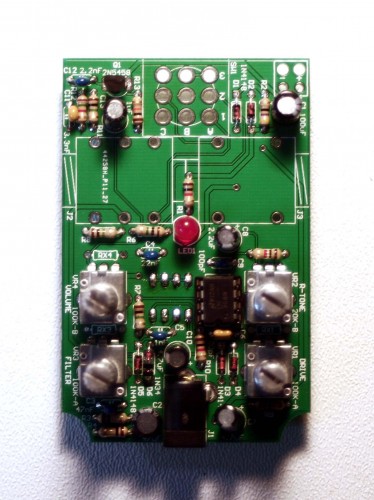 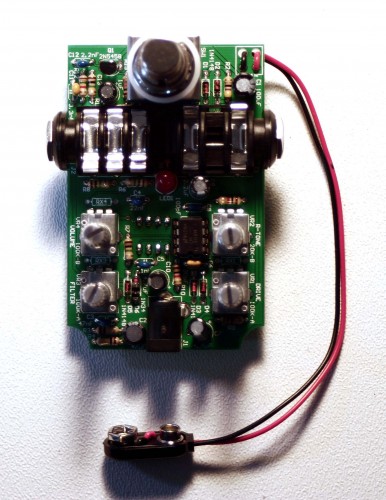 We’re almost done! The audio jacks will be easy to install, just make sure you install the mono jack into side that only has the two holes and not into the mounts for the stereo jack, which will have a total of six holes. When you install the stop switch, make sure that the blue plastic edges face the top and bottom of the PCB and the metal-lined edges face the sides of the PCB. If you can’t get the stomp switch to go in, don’t force it – try it in a different direction. 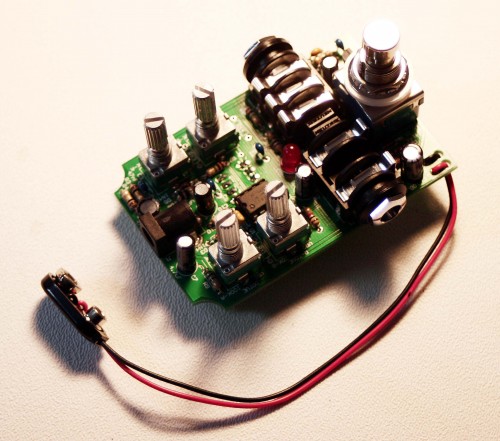 Congrats! Your Rat Clone is complete. Hook it up and have some fun!